Workers’ Compensation Denied? Here Are Some Possible Reasons Why 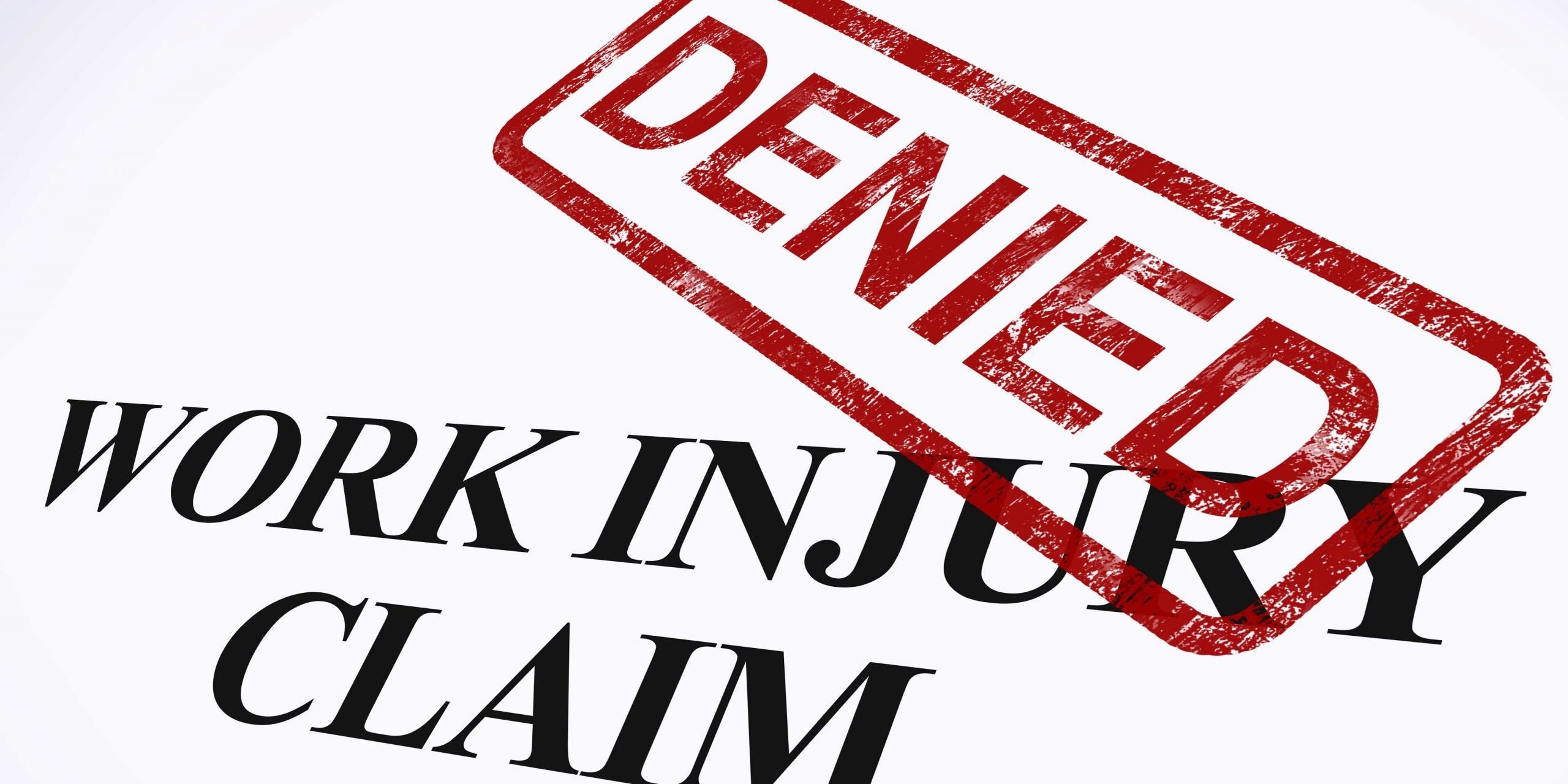 You Reported the Injury Late

Employers will usually tell you to report all injuries to your supervisor or manager immediately. What they don’t tell you is that if you don’t do this, your workers’ compensation claim for the injury could be denied. Sometimes you don’t notice the injury until some time has passed, and sometimes you think it’ll start feeling better in a few hours and it doesn’t. Either way, sometimes employers suspect that you are faking an injury if it doesn’t get reported immediately. If you get hurt at all, no matter how small the injury seems at first, be sure to talk to a supervisor and fill out an accident report. If the small injury turns out to be a bigger injury later, you’ll be glad you have the accident report to back up your claim.

Nobody Saw You Get Hurt

Workers’ compensation claims are just like any other claim: it’s always helpful to have witnesses to back you up. If no one witnessed your injury, that doesn’t automatically mean your claim will be denied. However, if your claim does get denied, a lack of witnesses could be a factor in that decision. Whether or not someone is nearby at the time of your injury is out of your control, of course, but it’s a good idea to ask if there is any security footage of your injury when you report it. Sometimes security footage is erased after a certain amount of time unless there’s a need for it, so be sure to ask your manager to check the security footage right away, and save the clip if your injury was caught on film.

You Were Under the Influence

If you go to the doctor or emergency room after a work injury and illegal drugs or alcohol are found in your system, that’s bad news for a number of reasons. First off, if you were impaired at the time of your accident or injury, your employer is unlikely to pay out workers’ compensation. Additionally, the presence of drugs or alcohol in your system while you’re on the job could lead to other consequences, such as being suspended or even terminated from your position.

You Left the Company Before Filing a Claim

If you were fired or laid off after your injury but before you filed a workers’ compensation claim, it can unfortunately throw your motives into question. If you file a claim after being fired, the employer is likely to question whether you were legitimately injured or if you’re just angry about being fired and trying to take advantage of the company. This is yet another reason why you should always report an injury to a supervisor immediately, and file a claim as soon as possible. Even if you have a perfectly legitimate and honest case, you don’t want your claim to be dismissed at a later time because of the assumption that you’re just looking for revenge.

Doubts That Your Injury is Work-Related

Sometimes, employers have doubts that an injury is, in fact, work-related. For example, if you end up with an injury caused by repetitive stress on your body at work, the employer might suggest that that repetitive stress is caused by something outside of work, like weight lifting. This is another place where witnesses can come in handy. See if the people working around you can make a statement to your employer about what they see you do on a daily basis. It’s also a good idea to get a second doctor’s opinion if you’re able. The more evidence you have that your injury is work-related, the better!

Can I Appeal a Denied Claim?

The good news is that if your workers’ compensation claim has been denied, you do have the option to file an appeal. If you file an appeal, you will likely have to go through a hearing, during which you’ll need to present all the evidence you’ve gathered up. After this hearing, you will receive a written approval or denial of your appeal in the mail in about two to three weeks.

Have You Been Injured on the Job?

Our experienced attorneys can help you through the process of filing a workers’ compensation claim. Contact Steuer, Escovar, and Coleman at (216) 771-8121 for a FREE consultation today, or visit our website.

Don’t Miss Out on Being Compensated for a Work-Related Injury
August 19, 2019
Request A Free Consultation
Go to Top